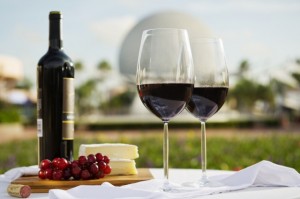 The dates for the 2015 Epcot International Food and Wine Festival have been announced.

This year’s festival is September 25 through November 16 – which means that for the second year in a row the festival is running for seven weeks.

No additional details have been announced yet, but for the most up-to-date information on the 2015 Epcot Food and Wine Festival make sure you visit our friends at the Disney Food Blog!

This year’s Food and Wine Festival is the 20th anniversary of the event, so it’s likely that some extra special things are being planned.

And don’t forget the Wine and Dine Half Marathon – it takes place November 6 and 7 and registration for the race opens March 17. Spots for the half marathon sell out quickly so don’t delay if you want to register!