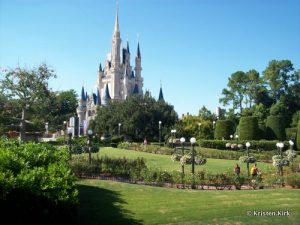 If you have plans to visit the Walt Disney World Resort in 2014, be ready to have an extra magical visit thanks to a new attraction, a new parade, and more.

The Seven Dwarfs Mine Train is scheduled to open in the spring of 2014, completing the New Fantasyland expansion at the Magic Kingdom.

Another new addition to the Magic Kingdom is the Disney Festival of Fantasy Parade. The parade will feature new floats, new costumes, and a new theme song in addition to songs from classic Disney movies.

Downtown Disney’s transformation into Disney Springs continues next year with the addition of the Fit2Run store, the Marketplace Co-Op, and two new Starbucks locations. Disney Spring is set to be completed in 2016.

A new hotel is coming to the Walt Disney Resort area when the new luxury hotel from Four Seasons Hotels and Resorts opens inside the Golden Oak residential area. The hotel will feature several dining options including a rooftop restaurant giving guests a bird’s eye view of the Magic Kingdom.

Throughout 2014 Disney will be encouraging guests to “Show Your Disney Side” and there’s bound to be more magical announcements throughout the year.