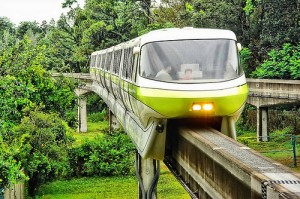 Last week Disney Parks raised their ticket prices for 2013.  Over the past several years it hasn’t been unusual for ticket prices to go up each year, however 2013 has some surprises in store for travelers planning on a Disney vacation.   All Disney theme parks in Florida and California have a new pricing structure.

The lastDIsney Park ticket price  increase has occurred in June of 2012, which made most regular Disney Guests watching for the 2013 announcement.  What was a little different this year is that they only gave one day notice before putting it into place.  Keep that in mind as you plan for your 2014 Disney Trips.  Ticket price increases are reflected in all categories of Disney Parks tickets and the basics can be seen in the graphic below. It may be worth noting here that Walt Disney World has also increased the cost to park your vehicle each day.  The cost for a spot in the lot will now be $15 (or $16 camper/trailer) per day.